The search for new ministers begins. Farmers not looking among their own 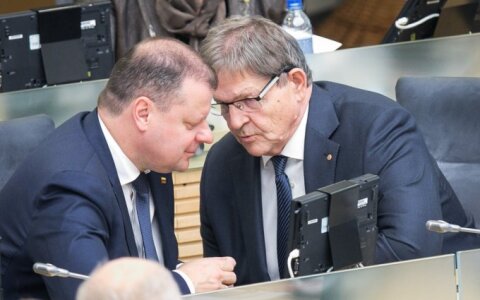 Eugenijus Jovaiša, Mindaugas Puidokas, Robertas Šarknickas and Kęstutis Mažeika are “Farmer” group members, whose names are, according to lrt.lt sources, brought up among the potential candidates to the recently freed minister positions. The “Farmer” leaders do not reveal yet, what candidacies are being discussed and only emphasise that Prime Minister Saulius Skvernelis will continue to form the cabinet out of professionals, not from colleagues working in Seimas, lrt.lt writes.

With S. Skvernelis declaring the dismissal of three ministers, the Minister of Environment Kęstutis Navickas, Minister of Education and Science Jurgita Petrauskienė, as well as minister of culture Liana Ruokytė-Jonsson on Monday, lrt.lt sources say that discussions have begun among the "Farmer

The search for new ministers begins. Farmers not looking among their own