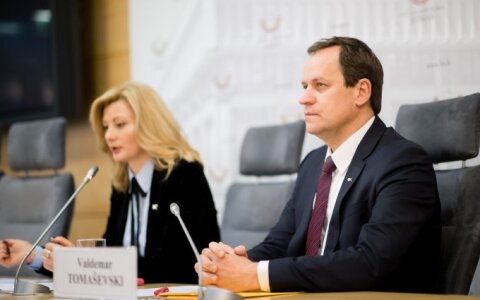 On Tuesday, the Electoral Action of Poles in Lithuania – Christian Families Union (LLRA-KŠS) organised a press conference in Seimas, where they presented their position on joining the coalition government. According to the party’s representatives, so far a decision on joining has not been made and everything depends on the majority’s reception of the LLRA-KŠS’ proposals.

Valdemar Tomaševski, the head of the LLRA-KŠS states that the party's main condition is implementing their programme precepts, which according to him, seek social justice. The politician states that funding exists, just the desire to use it is needed.

Two proposals have been made by the L