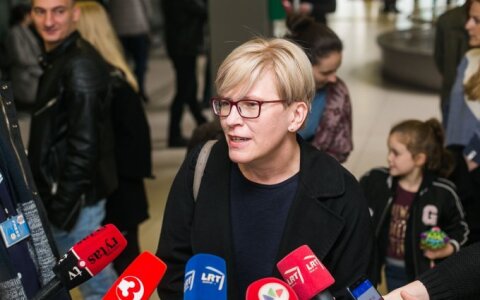 Already prior to September, 17 million euro were earmarked for teachers’ wage raises and at the end of October, the Ministry of Education and Science declared that another 10 million euro was set aside. The teachers are on strike and state they have not noticed this funding despite the ministry sharing especially favourable statistics. Presidential candidate Ingrida Šimonytė visited the teachers on strike and mentioned, where the millions intended for wages could have vanished.

The politician notes that the situation varies greatly, with some receiving extra payment through, for example, public services in areas where there are fewer teaching hours. Meanwhile, those already under heavy workloads and with big classes may actually have had decreases in wages, something th