S. Skvernelis: I planned to “reboot” the cabinet after the presidential elections 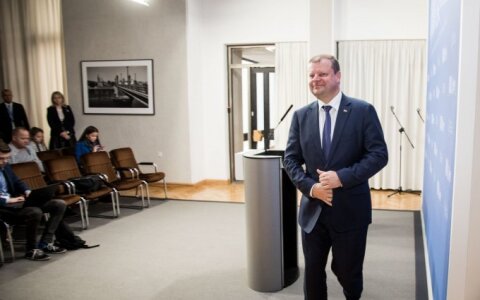 Probably no one expected Prime Minister Saulius Skvernelis’ decision to replace three of his cabinet ministers – education and science, culture, as well as environment. Even President Dalia Grybauskaitė, to whom the PM intends to hand the dismissal documents, stated that she only has no doubt about the dismissal of Jurgita Petrauskienė, but regarding the other ministers’ unsuitability to hold office, she expects to hear arguments. S. Skvernelis spoke on this topic in LRT Television’s show Dienos Tema, lrt.lt writes.

While many were surprised by the decision, including cabinet members, the ruling Lithuanian Farmer and Greens Union leader Ramūnas Karbauskis stated he knew everything ahead of time. S. Skvernelis denies anyone having certain knowledge of the dismissals on Monday morning, though discussions were

S. Skvernelis: I planned to “reboot” the cabinet after the presidential elections