S. Jakeliūnas’ statement surprises bank association head: are you trying to cause panic in the markets? 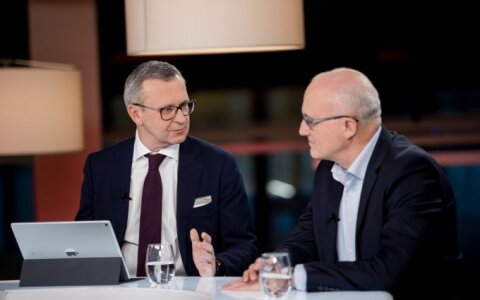 There is too great a concentration of Swedish banks in Lithuania, thus one of them should be sold. This was a statement by Seimas Budget and Finance Committee chairman Stasys Jakeliūnas on Wednesday. SEB bank and Swedbank – these are namely two Swedish capital banks operating in Lithuania and other Baltic states and if they didn’t flinch, they must have at least been listening carefully, this was a statement by a politician from the ruling coalition.

What message is being sent to investors and what would attempts to regulate, what businesses and to whom should be transferred by foreign capital, do to the Lithuanian economy? This was the discussion topic of LRT's Dienos Tema, featuring S. Jakeliūnas of the Lithuanian Farmer and Greens Union (

S. Jakeliūnas’ statement surprises bank association head: are you trying to cause panic in the markets?