A. Januška: G. Nausėda has a risk that could be used by S. Skvernelis 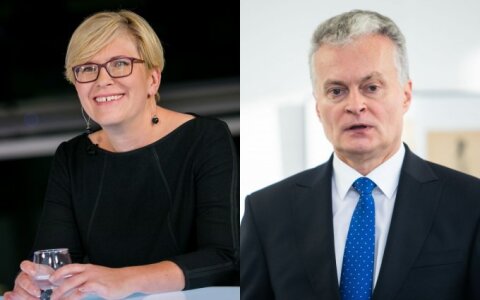 Ingrida Šimonytė and Gitanas Nausėda have decided to participate in the presidential elections. They are in neither the left, nor the right shelf, more uniting than divisive candidates and perhaps they are what Lithuania needs today, Lithuanian Act of Independence signatory Albinas Januška told lrt.lt. Furthermore, G. Nausėda would apparently be the main barrier to Prime Minister Saulius Skvernelis entering the second round of the presidential elections, if the PM did choose to candidate, lrt.lt writes.

In mid-November, the Delfi news portal released a Spinter Tyrimai survey, which showed that in the presidential candidate ratings, G. Nausėda, a former economist for the SEB bank, remains in first place, with Conservative party candidate I. Šimonytė in second and PM S. Skvernelis, who has not

A. Januška: G. Nausėda has a risk that could be used by S. Skvernelis