“Farmers” bring out their secret weapon in the Vilnius mayor elections 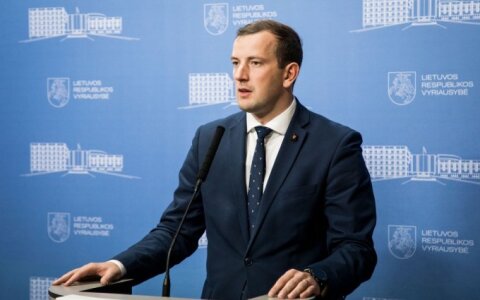 Lithuanian Farmers and Greens Union (LVŽS) deputy chairman, Minister of Economy Virginijus Sinkevičius confirmed to lrt.lt that part of the LVŽS Vilnius city branch has offered him to run for Vilnius mayor in next year’s municipal elections. V. Sinkevičius has not yet revealed whether he would like to participate in the elections, however he assures that the office of minister of finance would not preclude him from being a candidate, lrt.lt writes.

According to lrt.lt sources, both most of the Vilnius city branch and LVŽS leaders in parliament are trying to convince V. Sinkevičius to run as the party's candidate for mayor in the capital. The sources say that attention has especially focused on Sinkevičius because MEP Antanas Guoga and Se

“Farmers” bring out their secret weapon in the Vilnius mayor elections