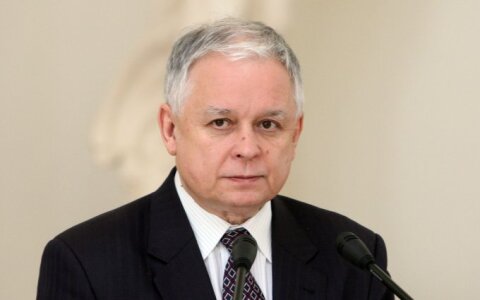 A sign marking a Vilnius street named after late Polish President Lech Kaczynski has been unveiled on Thursday.

The street sign comes in two languages – Lithuanian and Polish – and was unveiled on the eve of the centenary of Poland's independence.