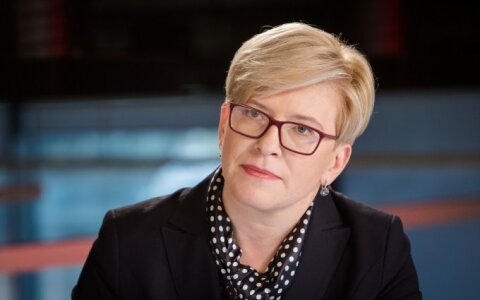 Prime Minister Saulius Skvernelis says there was a lack of democracy in the Homeland Union – Lithuanian Christian Democrats' primary election, adding that Ingrida Šimonytė was effectively "appointed" as the conservative party's presidential candidate by its top leaders.

"The 'festival of democracy' was somewhat strange, to put it mildly, given that the party's crème de la crème decided and actively supported one candidate," Skvernelis told reporters on Monday. "The second candidate probably didn't even have a theoretical chance to win."