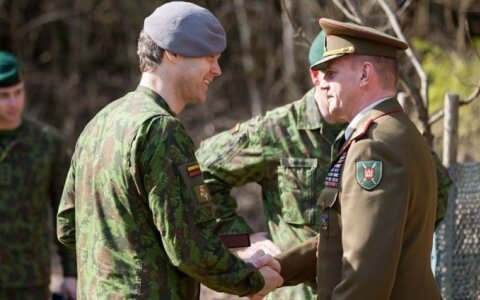 Colonel Modestas Petrauskas, commander of the Lithuanian Special Operations Forces, is set to be appointed Lithuania's military representative to NATO and the European Union after the parliamentary Committee on National Security and Defense gave the green light to his appointment.

The army officer says his main goal in the new position is to seek the consolidation of NATO guarantees for Lithuania.

According to Petrauskas, Lithuania wants NATO to be able to swiftly identify threats and make decisions in a timely manner. In the EU format, Lithuania should seek strength