A strong state is built by different nations working together: what tools does the Kremlin use to prevent this from happening? 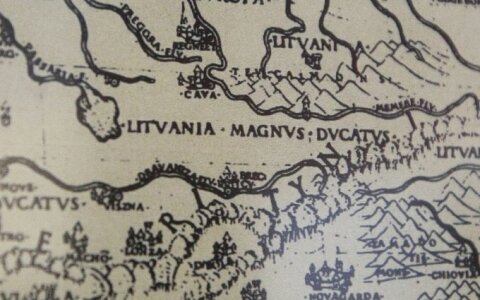 Lithuania is not a monoethnic state. Poles, Russians, Tatars and other ethnicities live in our state and their presence here dates back to the times of the Grand Duchy of Lithuania. Much like in any society, different nationalities sometimes fail to communicate with one another. This is a problem that needs to be addressed but, lately, Russia has been trying to exploit miscommunication between different ethnic communities in Lithuania. Below, specialists advise how to recognize the methods of informational pressure that the Kremlin uses to sow discord, and how to respond to them.

Grand Duke Gediminas invited foreign merchants and craftsmen to Vilnius; Vytautas the Great brought Tatars and Karaims to Lithuania. Both leaders did this not only to strengthen the state's economy but also its security. The Lithuanian Tatars participated in all wars that involved the state, defending the interests of the Grand Duchy of Lithuania and, later, of the Polish-Lithuanian Commonwealth. This history makes the Grand Duchy one of the best examples of a harmonious multicultural society, in which Lithuanians lived together with Poles, Germans, Jews, Tatars, Rusyns, Karaims, Armenians, and other ethnic groups. This shared history should also unite and inspire us to further develop and strengthen our ethnic communities and the positive relations between them.

Related articles
Lithuanian freedom fighters in Russian propaganda: why does the Kremlin care?
Fraudsters online fish for data of citizens and companies alike: how to not get hooked?

According to the representatives of the Ethnic minorities department of the Lithuanian Government, the key strength of a modern state is its civic society. "People of all ethnic communities in Lithuania are united by their citizenship. Lithuanian ethnic minorities constitute an inseparable part of our society, which not only helped us in reestablishing our independence, but has actively supported state-building during the interwar period. Their members also participated in the Baltic Way, defended Lithuanian independence during the January 13 events and during the August putsch. Today, members belonging to various ethnic minority communities work as doctors, artists, civil servants, military professionals, police officials, etc. They not only add value to the Lithuanian society but are ready to defend their state, in which they feel safe and able to maintain their traditions," multiple officials of the Ethnic minorities department note.

Russkyi mir policy as a tool of the Kremlin's soft power

One of the main tools of manipulation the Kremlin uses to this end is the so-called Russkyi mir ("The Russian world") policy. The Kremlin aims to include various ethnic communities, Russian as well as Polish, Tatar, Ukrainian, Jewish, and others, to its concept of the Russian world. It appears that the opinions of these communities are rarely consulted before Moscow declares them as belonging to the Russkyi mir. Often, those implementing the policy speak in the name of the ethnic communities as if they were their righteous representatives. However, in reality, sowing discontent with the state and discord among various communities becomes a tool for the Kremlin to pursue their broader goals.

The Lithuanian youth is the group most sensitive to propaganda

Notably, the Kremlin puts increasingly more effort in trying to influence the youth of the ethnic minority communities living in Lithuania. Russia tries to include Russian-speaking Lithuanian young people into the policy it carries out: school and university students are invited to specialized summer camps, "cultural" events or projects that all take place in Russia. The Kremlin employs this strategy in effort to "grow" a group of people favorable to its policy goals.

According to the Ethnic minority department, ethnic communities grow more resilient to propaganda when their ethnic consciousness and critical thinking develop, as well as when they are more integrated to the Lithuanian society and markets, when they have opportunities to maintain and promote their culture, when they can cooperate and foster communal relations freely.

"Deepening integration and strengthening a sense of community are essential to building resilience against manipulations aimed at the ethnic communities. Every year, such events as the "Nationalities Fair," "The Day of Ethnic Communities," "The Day of Tolerance" draw significant and positive attention. We are proud of the Polish, Russian, Jewish, Karaim, Tatar (among other communities) heritage in Lithuania. The Polish film festival and the festival of Russian folklore are increasingly more popular, other cultural events initiated by ethnic communities are also gaining attention. The rich culture of the ethnic communities that live and create in Lithuania enrich the country itself," conclude the officials of the Ethnic minority department.

A strong state is built by different nations working together: what tools does the Kremlin use to prevent this from happening?