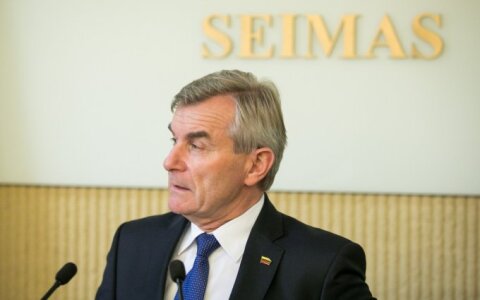 The issue of Palestine's representation in the Baltic states was first raised more than three years ago, and those criticizing the proposal are carrying out a separate foreign policy, Speaker of the Lithuanian Seimas Viktoras Pranckietis says.

"It's not my idea and it's not new. As we declare everywhere that we need to be united in terms foreign policy, and let's continue doing so, there can be no inter-party disputes here. But when a group of two people start following a separate foreign policy and promoting it, and are doing that not