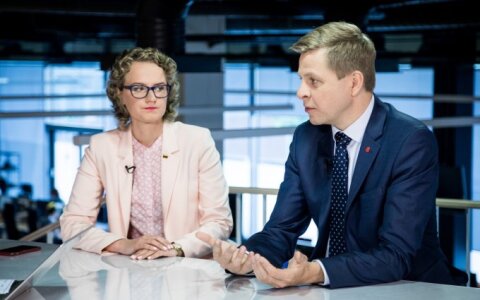 The board of the Lithuanian Liberal Movement has annulled the Vilnius branch's decision to run in next March's municipal elections on the ticket of a newly-established public election committee.

The board made the decision after almost four hours of discussions on Wednesday, with 11 members voting in favor, six against and two abstaining.

Vilnius Mayor Remigijus Šimašius resigned as the party's vice-chairman during the board's meeting.

"I find it unacceptable for me to be a