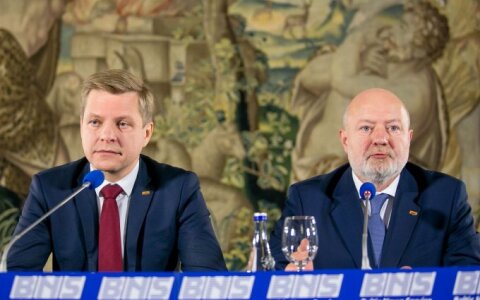 Eugenijus Gentvilas, chairman of the Lithuanian Liberal Movement, has called on Remigijus Šimašius to step down as vice-chairman of the party after the mayor of Vilnius announced his decision to run for re-election as a public election committee's candidate, the daily Lietuvos Rytas reported on Tuesday.

"I've nothing against them personally, but I have to react, because they deliberately violated the party's statute and distanced themselves from it. I don't think they can be my deputies