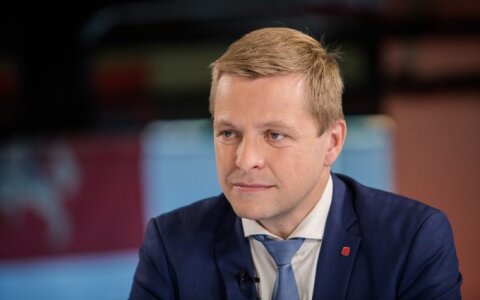 Vilnius Mayor Remigijus Šimašius, seeking re-election for a second term, has pledged to introduce a so-called wage "floor" for teachers and revive the central bus and railways station and Naujininkai areas of the Lithuanian capital.

"I am declaring that I am seeking extension of my work in the second term of Vilnius mayor," Šimašius announced on Monday.

He said earlier he would run for Vilnius mayor as a candidate representing a so-called election committee, not the Liberal Movement.