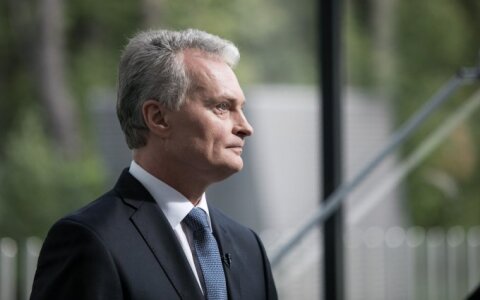 Lithuanian Prime Minister Saulius Skvernelis has come in second in a rating of potential candidates for next year's presidential election, and economist Gitanas Nausėda rating's keeps going up, a new survey has revealed.

The survey by Spinter Tyrimai for the delfi.lt news website showed that 10.5 percent of people surveyed would vote for Skvernelis, if a presidential election was held on the upcoming weekend. His popularity rating remained unchanged from the last month when 10.7 percent were ready to vote for him