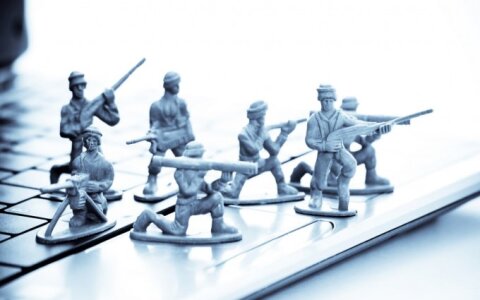 Lithuania, Britain and several other EU member states have called on the European Union to expand the scope of the bloc's sanctions regime to include cyber-attacks.

Britain, the Netherlands, Romania, Finland, Lithuania and Estonia are pressing the bloc to make the decision at next week's EU summit in Brussels.

The EU has a sanctions regime targeting countries for violating nuclear and chemical weapons treaties.

"We urgently need to implement a si