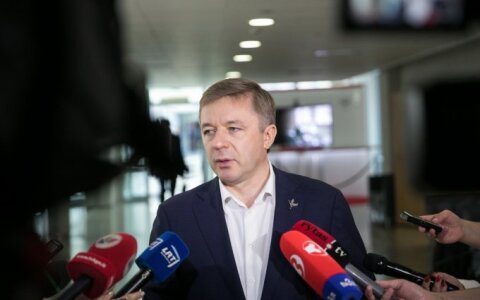 Ramūnas Karbauskis, leader of the ruling Lithuanian Farmers and Greens Union (LVŽS), on Tuesday invited society, historians and lawyers to start a discussion on naming Adolfas Ramanauskas-Vanagas as de facto head of state of post-war Lithuania that was fighting against Soviet occupation.

At Karbauskis' initiative, members of the LVŽS political group in the Seimas have drafted a declaration to recognize Ramanauskas-Vanagas as Lithuania's head of state, and will submit it to the parliament for consideration, according to a press release.

In 1949, the leadership of Lithuanian