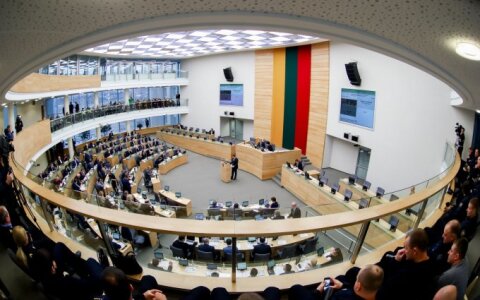 The Seimas opposition blocked on Thursday the ruling bloc's unexpected proposal to give the greenlight for the government to borrow money not only for increasing the defense budget, but also for providing funding to the Lithuanian Social Democratic Labor Party (LSDDP).

The vote had to be postponed after opposition lawmakers did not register for it.