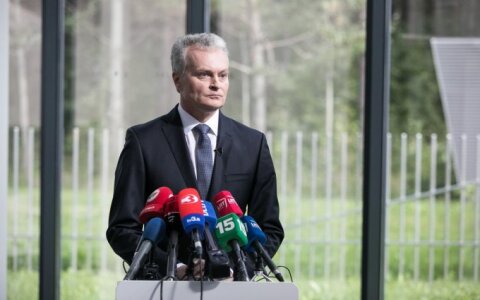 Economist Gitanas Nausėda withdrew from the race for the nomination as the Homeland Union–Lithuanian Christian Democrats' presidential candidate because he could not risk losing to MP Ingrida Šimonytė in the primaries, a political analyst said on Monday.

"I believe today's announcement by Šimonytė was one of the reasons why Nausėda decided not to stand (for the primaries). If he received less support, it would be bad news for him and for potential voters," Ramūnas Vilpišauskas, director of the Institute of International Relations and Politic