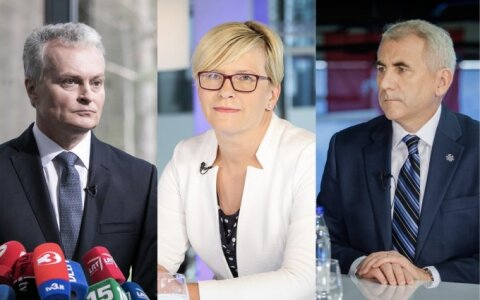 MP Ingrida Šimonytė and diplomat Vygaudas Ušackas said on Monday they would seek the nomination as the Homeland Union–Lithuanian Christian Democrats' candidate in next May's president election.

Economist Gitanas Nausėda announced on the same day that he would not stand for the conservative party's primaries and would instead run for the Lithuanian presidency as an independent candidate.

Šimonytė said she had not had the ambition to run for president, but "huge support both with