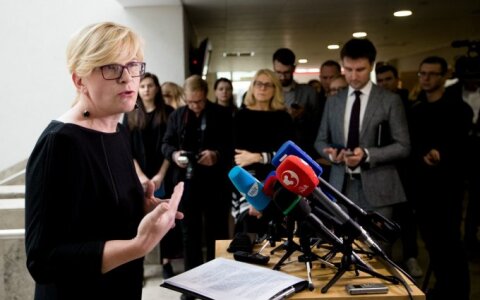 "I have confirmed by intention to take part in the party's primary election," Šimonytė told journalists.

She said did not actively seek nomination but "huge support within the party community and also from people who are not related with the party in any way has made me change my mind".