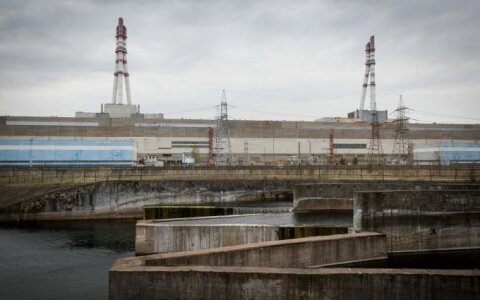 A proposal for the European Parliament to approve the allocation of 780 million euros for the closure of the Ignalina Nuclear Power Plant is increasing chances for Lithuania to get additional funding, an expert says.

Klaudijus Maniokas, however, says it's too early to say how much the funding will in fact increase, compared to the amount proposed by the European Commission.

"The fact that a proposal matching Lithuania's calculations comes from the European Parliament is a really serious signal of support and also for the European Commission to reconsider its decision. Of course, it increases chances that the eventual funding for Ignalina's decommissioning will be bigger," Maniokas, board chairman at ESTEP consultancy, told BNS Lithuania.

According to Maniokas, Lithuania is now actively dealing with funding issues for Ignalina's decommissioning, and he believes it's important to resolve all issues as soon as possible without waiting for the end of the EU financial period.

"It's important to resolve that Ignalina issue, without waiting for the end of the negotiations, and now that proposal of Harms' can add to this. (…) Our experience from previous negotiations on the financial perspective shows that it's not good to leave the Ignalina issue for the last minute," Maniokas said.

A EP committee will vote on the proposal in November.

Lithuania made the commitment to close the Ignalina NPP before joining the EU in 2004. The facility was finally stopped in late 2009. It's decommissioning is set to last until 2038 and might need another 1.3 billion euros.