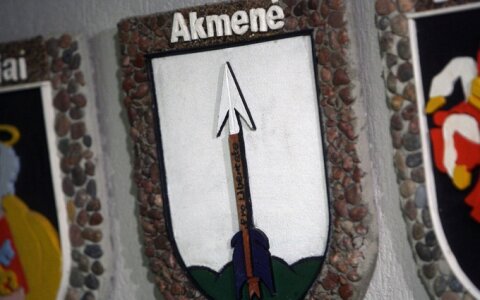 Lithuania's northern district of Akmenė barely lags behind other cities in Šiauliai County in terms of the average salary. But the unemployment level here is one of the highest in the country.

Due to the abundance of limestone, used for the production of cement, in surrounding areas, the district center, Naujoji Akmenė, is traditionally considered a heavy industry city where one of the biggest employers in the area and the only cement producer in the country, Akmenės Cementas, operat