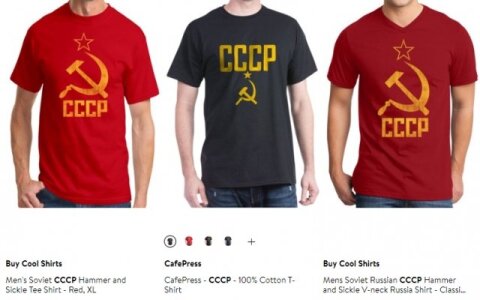 US retail giant Walmart has pledged to remove T-shirts with Soviet symbols from sale in response to Lithuania and other Baltic states' criticism that such goods offend victims of Soviet terror.

"The Lithuanian ambassador to the US has received Walmart management's letter containing a pledge to remove merchandize with Soviet symbols from sale soon," Rasa Jakilaitienė, spokeswoman for the foreign minister, told BNS Lithuania on Tuesday.

The Lithuanian ambassador and politicians fro