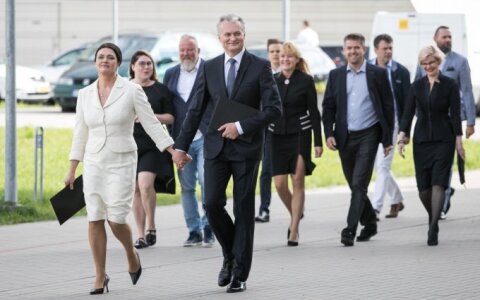 Economist Gitanas Nausėda has on Monday announced his decision to run for Lithuanian president.

"I have decided to run for president of the Republic of Lithuania in 2019," Nauseda said.

In his speech, he pledged to create a welfare state and seek to unite the society.

"A welfare state is that beacon which must show the way for the tired and lost ship of Lithuania," he said. "The