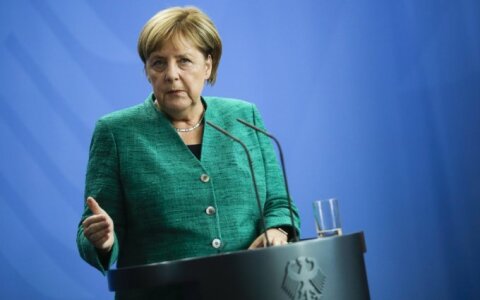 German Chancellor Angela Merkel said in Vilnius on Friday that the European Union would maintain its sanctions against Russia until progress had been made in implementing the Minsk agreement on resolving the conflict in Eastern Ukraine.

"Before the Minsk agreement has been implemented or progress has been made in that regard, we will not consider lifting the sanctions on Russia," she said.

The chancellor admitted that meetings of the so-called Normandy Four, which consists of Germany, France, Russ