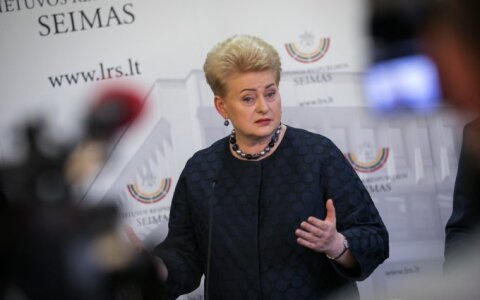 Lithuanian President Dalia Grybauskaitė on Thursday criticized legislative initiatives to lower the referendum threshold as "irresponsible" and "dangerous", calling on lawmakers to instead look for ways to encourage voters to turn out for a dual citizenship referendum.

"The precedent proposed by the Seimas to lower the special constitutional protection for the fundamental values ​​of our state and our people is irresponsible and very dangerous," she said in a statement.