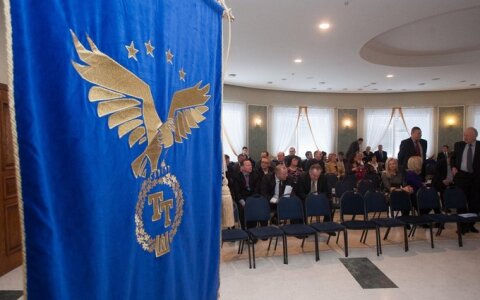 The Order and Justice party joined on Tuesday the ruling coalition of the Lithuanian Farmers and Greens Union (LVŽS) and the Lithuanian Social Democratic Labor Party (LSDDP) in the parliament.

The cooperation agreement, signed by the heads of the three parties' political groups in the Seimas, formally gives the ruling bloc 73 votes in the 141-seat parliament.

The Order and Justice has seven seats in the Seimas, the LVŽS has 55 and the LSDDP has eleven.