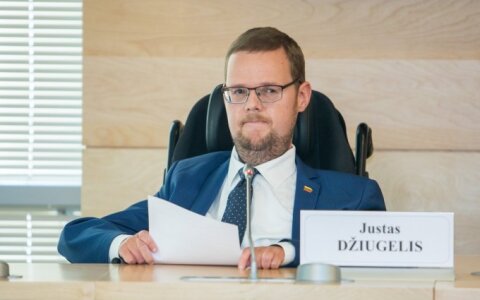 Justas Džiugelis is leaving the political group of the Lithuanian Farmers and Greens Union (LVŽS) in the Seimas.

"I don't have the resources to withstand such a large-scale offensive and fight against such force. I made a rational decision not to continue this fight and to leave the LVŽS group," he said at a news conference on Monday.