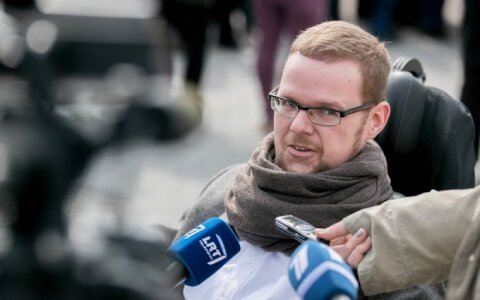 The political group of the Lithuanian Farmers and Greens Union (LVŽS) in the Seimas will discuss expelling MP Justas Džiugelis after he tried to entice around 20 members to leave the group, the ruling party's leader said on Friday.

"Džiugelis talked to almost all members of the group about a split in the group. Many people can confirm this. There are some 20 (members) whom he tried to talk (into leaving)," Ramūnas Karbauskis told BNS.

Džiugelis' removal from the LVŽS group will be discussed next Monday.