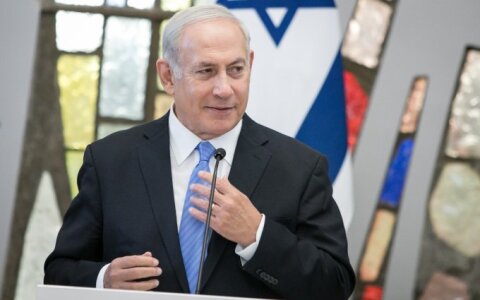 Israeli Prime Minister Benjamin Netanyahu says he respects Russian President Vladimir Putin and will not interfere with the war in Ukraine as Israel has plenty of its own problems.

"We are colleagues, respect one another and speak openly to each other," Netanyahu said in an interview with the Lithuanian national broadcaster LRT's Dienos Tema (The Theme of the Day) program, aired on Monday.