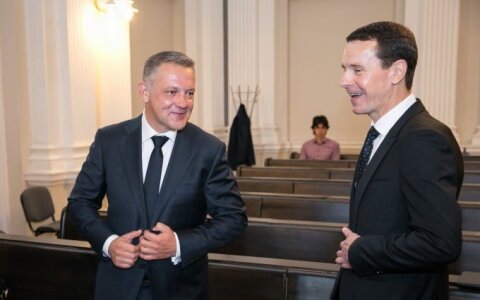 Eligijus Masiulis, a former leader of the Liberal Movement, pleaded not guilty to all charges in a major political corruption trial on Monday.

The former lawmaker said that he had not received any unlawful requests from Raimondas Kurlianskis, a former vice-president of MG Baltic, one of Lithuania's biggest business groups.

"I do not admit to being guilty," he told the Vilnius Regional Court.