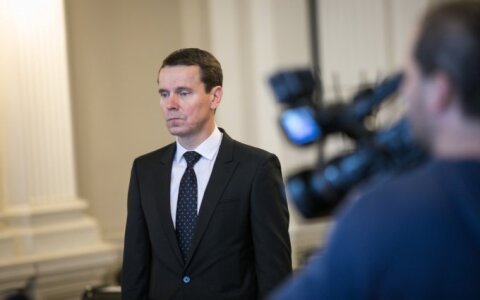 Raimondas Kurlianskis, a former vice-president of MG Baltic, one of Lithuania's biggest business groups, told a Vilnius court on Monday that he had given 90,000 euros to Eligijus Masiulis, a former leader of the Liberal Movement, as a loan, not as a bribe.

"I personally lent 90,000 euros to Masiulis," Kurlianskis told the Vilnius Regional Court as he gave testimony in a major political corruption trial.

He said he had never asked how exactly the money would be used.