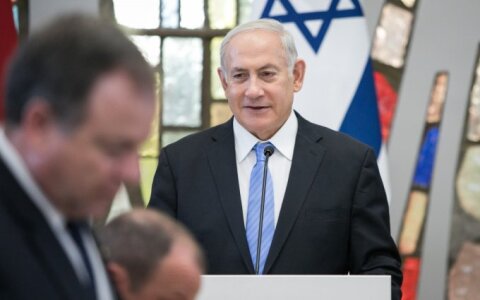 Israel seeks to maintain good relations with Russia in resolving conflicts in the Middle East as it does not want to go back to military clashes that took place half a century ago, Israeli Prime Minister Benjamin Netanyahu said in Vilnius on Friday.

"I told the prime ministers that when I was in the army a hundred years ago (50 years ago, to be precise), we were fighting Russia