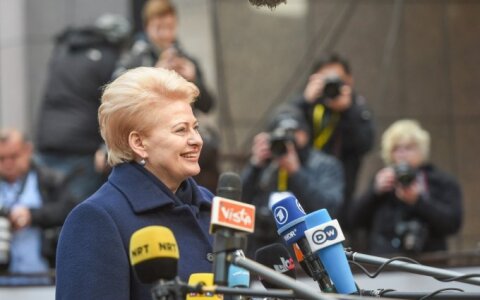 Lithuania wants closer ties with Israel but also calls on Israel to stop the expansion of Jewish settlements and disproportionate use of force in the ongoing conflict with the Palestinians, Lithuanian President Dalia Grybauskaitė says.

Such a position was expressed by the presidential office after the Lithuanian president's meeting with visiting Israeli Prime Minister Benjamin Netanyahu on Friday.

"Lithuania is interested in strengthening close political and economic ties with Israel, one of the most innovative and advanc