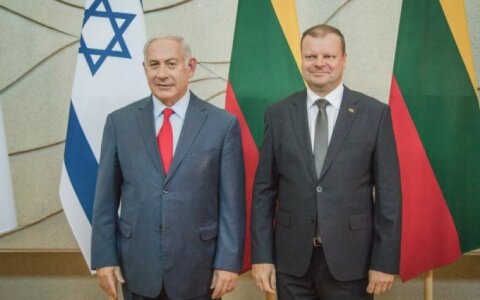 The four-sided meeting will focus on the European Union's tense relations with the Jewish state.