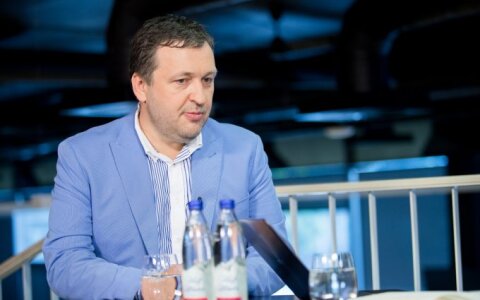 A speech by Member of the European Parliament Antanas Guoga at the Valdas Adamkus International Conference 2018 “Restoring European and Transatlantic Resillience” held in Vilnius.

I am honoured to send this greeting from South Korea, Seoul, where I am representing Lithuania and the European Parliament at the large technology conference. However, I regret missing this high level gathering of global intellectuals in Lithuania and therefore would like to send my best greetings and few welcome words.

Commemoration of the European Day of Remembrance for Victims of Stalinism and Nazism on the Eve of the Baltic Way Day is crucial not only for Lithuania. It is a very important day to discuss the future of Europe. Democracy, peace, tolerance or unity challenges are relevant again despite the longest peace period or the fastest growth period in the continent's history.

Debates about the core values and the vision for the European continent are becoming as important as migration, single market or the innovative future of Europe issues in the agenda of the European Parliament. It has become even more important in the light of the controversial Brexit campaign as well as the most unfortunate negotiations' process in the Union. In the light of increasing provocations and cynical lobbying by the Eastern Neighbour. In the light of the xenophobic extreme right movements attacking immigrants and everyone who shows compassion and respect to humanity. In the light of the fragmentation of our societies which is expressed through the results of referendums like vote in the UK, and the success of populist parties or individuals. This can't be eliminated by building walls, creating restrictions, or other similar ideas.

I am certain that today we should look for the inspiration from the founders of the European Union. Today, similarly like 60 years ago, Europe needs not bureaucrats, but leaders with a vision. Changing the EU's institutional set up may be necessary, but the EU needs first of all to reinforce the values and spirit that have been at the heart of the EU for decades and remain the core idea of the Union. A vision of peace and unity. Today it is essential to turn to the citizens.

The President of the European Council Donald Tusk said golden phrase during the celebration of the centennial in Vilnius - the words of the Lithuanian national anthem "We shall stand together" [Vienybė Težydi] could be the greatest slogan for the whole Europe. This is the most desired future for Europe. Unity is self-evident, bringing vision and certainty for our citizens. Today Europe's citizens are angry, and are failing to grasp the EU vision. Unity is the future of Europe and we have to be proactive. Unity is the Union's last chance.

I want to thank sincerely the diplomat and member of the Seimas Žygimantas Pavilionis for organising such a high-level event in Lithuania. I wish everyone inspiring and great debates.

Member of the European Parliament