Molotov is still looking for his Ribbentrop, Lithuanian formin says 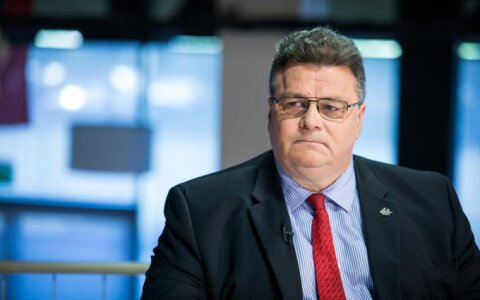 Lithuanian Foreign Minister Linas Linkevičius has called on the West to respond to historic lessons and maintain political unity in fighting rising threats posed by Russia.

Attending an international conference in Vilnius, the minister paid attention to the anniversaries of the Prague Spring and the occupation of Georgia's territory, saying that "the same manuals" and "the same tanks" are being used in Crimea and eastern Ukraine to suppress free will.

Molotov is still looking for his Ribbentrop, Lithuanian formin says