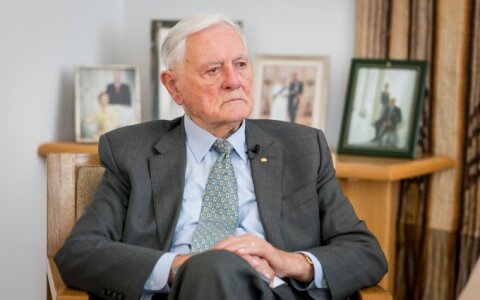 Hosting an international conference on strengthening transatlantic resilience in Vilnius, Adamkus called on Europe and the United States to focus on threats posed by Russia and China, as well as challenges to transatlantic unity.