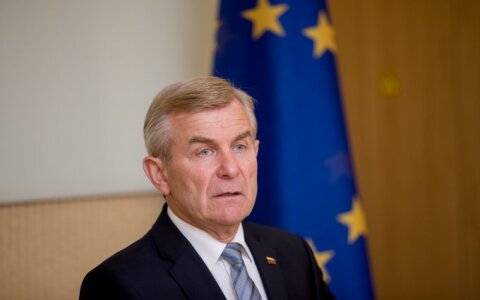 The Lithuanian lawmakers, being sent to China, are well-prepared to raise human rights issues, Speaker of the Seimas Viktoras Pranckietis says.

In his words, the Lithuanian delegation must go to China as representatives of Latvia and Estonia are also going.

"Three Baltic delegations are going. Initially, we considered whether we should go but it would have probably been seen as a slap in the face, if we had not traveled, if two cou