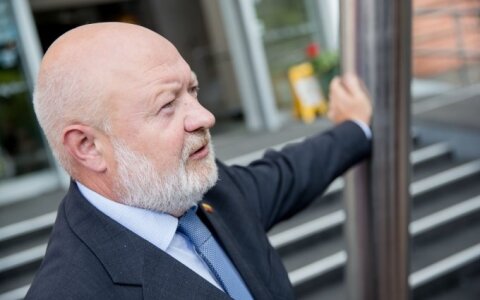 Lithuania's Port of Klaipėda has filed a lawsuit against its former CEO and incumbent chairman of the Liberal Movement Eugenijus Gentvilas. This is how much damage the port suffered after its failure to pay to the builders of its embankments in time.

Gentvilas received the port's demand to pay the amount back in September, 2016.

The lawsuit was filed to Klaipėda Regional Court, the port's authority said. The 1.9 million euros include the fines, interests and legal costs the port was ordered by court to pay to contractors.