Lithuania's Farmers' sees Skvernelis as only presidential candidate yet 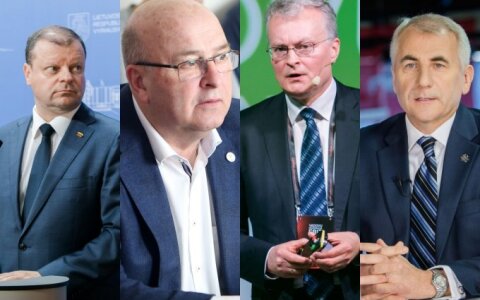 The ruling Lithuanian Farmers and Greens Union sees Prime Minister Saulius Skvernelis as their sole candidate in the upcoming presidential election and does not have any alternative candidates, Economy Minister Virginijus Sinkevičius, representing the LFGU, says.

"We had a party convention and people had the opportunity to exchange their opinions. With no doubt, there's considerable support for the incumbent prime minister from within. But, first, the prime minister himself should make up his mind and announce his decision. I don't hear about any other ca

Lithuania's Farmers' sees Skvernelis as only presidential candidate yet