Roma, the vagabonds of the Grand Duchy of Lithuania 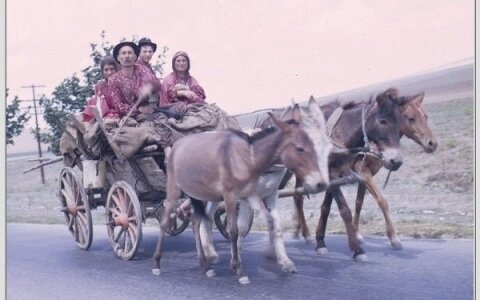 Gypsies originated in Indian Peninsula and left their native lands in the Middle Ages after choosing nomadic way of life. In the 15th century, their traces are already evident in Central Europe and it is likely that they reached the territory of Lithuania at about the same time. It is thought that the Great Duke of Lithuania Aleksandras granted Gypsies the privilege in 1501 allowing them to roam all over the Grand Duchy of Lithuania. Moving from one place to another they would earn they daily bread through the trade of wizardry and, forced by deprivation and poverty, eventually got involved in the inglorious “craft”, stealing. This is why the image of Gypsies in Lithuania has gradually diminished to persons involved in magic and horse stealing.

A hospitable country for vagabonds

Gypsies roaming the GDL enjoyed a somewhat less strict legislation and solutions compared to those who lived in Western Europe or in neighbouring Poland, where people would urge to expel Gypsies. On the contrary, the Second Statute of Lithuania (1566) says

Roma, the vagabonds of the Grand Duchy of Lithuania