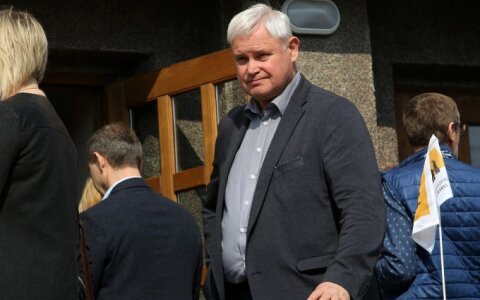 Vytautas Grubliauskas, mayor of Lithuania's western port of Klaipėda, said on Tuesday he had collected the necessary number of signatures to launch impeachment proceedings against Viačeslav Titov, a councilor representing the Russian Alliance, after he accused a Lithuanian partisan leader of killing innocent people.

The mayor's office sent to BNS Lithuania a copy of his proposal to launch proceedings for stripping Titov of his mandate, signed by 18 out 31 councilors. At least a third of all councilors must sign such a proposal for it to be submitted.

According to Grubliauskas, representatives of all po