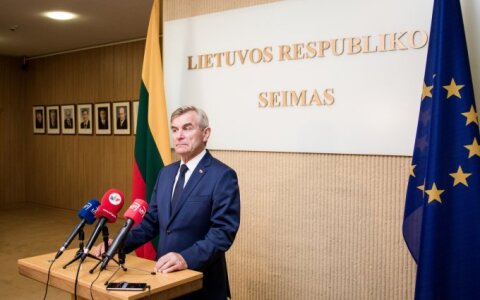 Speaker of the Lithuanian Seimas Viktoras Pranckietis on Monday accused Moscow of putting pressure on Lithuanians officials after Russia launched a probe against the judges and prosecutors working on the January 13 case.

Pranckietis believes the investigation in Russia will not have impact on the case in Lithuania.

"I consider it pressure on the work of courts and the prosecution service. I do believe that decision of Russia's law enforcement will not have influence on the Jan. 13 judicial process. We are a