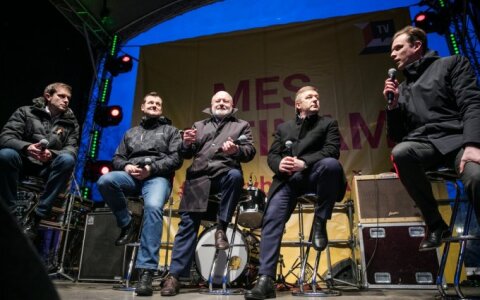 The opposition Homeland Union–Lithuanian Christian Democrats continues to top Lithuania's popularity rankings and the ruling Lithuanian Farmers and Greens Union (LVŽS) holds onto its number two spot, according to an opinion poll released on Tuesday.

Some 17.1 percent of respondents said in June they would vote for the conservative Homeland Union if general elections were held next Sunday, down from 17.8 percent in May. The LVŽS would get 15.4 percent of the vote, down from 16.2 percent, the poll conducted by the pollster Spinter Tyrimai for