Lithuanian cinema and documentary thrive in first half of 2018 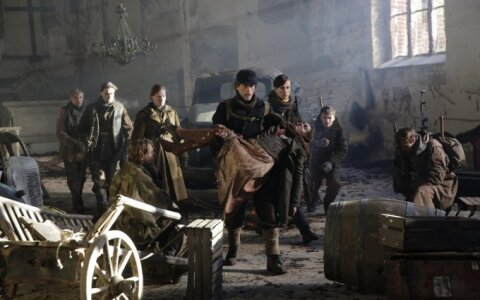 Over the first six months of this year, national cinema in Lithuania has seen a significant rise in attendance, as evidenced by box office returns: ticket sales of Lithuanian films have almost reached 60% of last year’s total (€2.6 million, compared to €4.5 million in 2017), attracting 500,000 viewers (compared to 860,000 for the whole 2017). National cinema has also increased its share in theatre programming to unprecedented 28% of the market, a significant rise from 22% last year, a press release from the Lithuanian Film Centre states.

A documentary feature is, for the first time, among the most-viewed films in Lithuania, setting a record for independent Lithuania's documentary filmmaking. The title in question is The Ancient Woods („Sengirė"), a poetic nature documentary directed by Mindaugas Survila and produced by VšĮ S

Lithuanian cinema and documentary thrive in first half of 2018