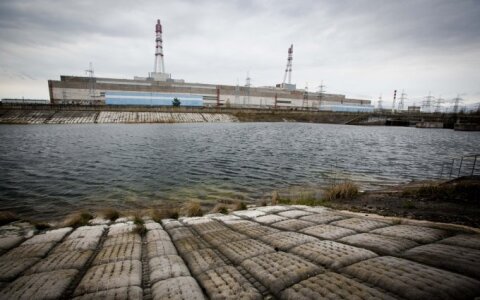 Representatives of the European Parliament and European Commission are coming to Vilnius this week to see the progress of decommissioning of the Ignalina Nuclear Power Plant and discuss its funding beyond 2021.

Rebecca Harms, the European Parliament's rapporteur on the decommissioning of the Ignalina NNP, and Massimo Garribba, director for Nuclear energy, safety and ITER at the EC Directorate general for Energy, are coming to Vilnius.

A press conference will be held on Tuesday, also attended by Lithuanian MEP Bronis Ropė and Energy Minister Žygimantas Vaičiūnas, followed by a discussion involving politicians, experts and representatives of the public will be held.

Lithuania is currently holding negotiations with the European Commission on the funding of the Ignalina NPP's decommissioning in the EU 2021-2027 budget. Under a draft regulation endorsed by the Commission, the EU will cover no more than 80 percent of the Ignalina NPP's decommissioning costs, and Lithuania and other international donors will have to cover 20 percent. In the existing budget, Lithuania's share stands at 14 percent.

The EC plans to allocate 552 million euros for the Ignalina NPP's decommissioning, and Lithuania wants that amount to be increased. Lithuania's Energy Ministry estimates that around 780 million euros would be needed for the project in the 2021-2027 budget. The EU has allocated around 1.3 billion euros for this project since 2007.