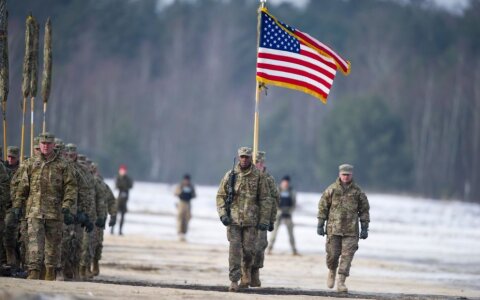 US troops in Poland
aA

US President Donald Trump says he might discuss American troops' training in the Baltic states during his meeting with Russian President Vladimir Putin on Monday.

"Well, perhaps we will talk about that," Trump said on Thursday, asked whether he would consider halting military training in the Baltic states if Putin asked for it.

Currently attending a NATO summit in Brussels, the American president also said he would discuss arm control treaties and ma